You are in the Research maze. 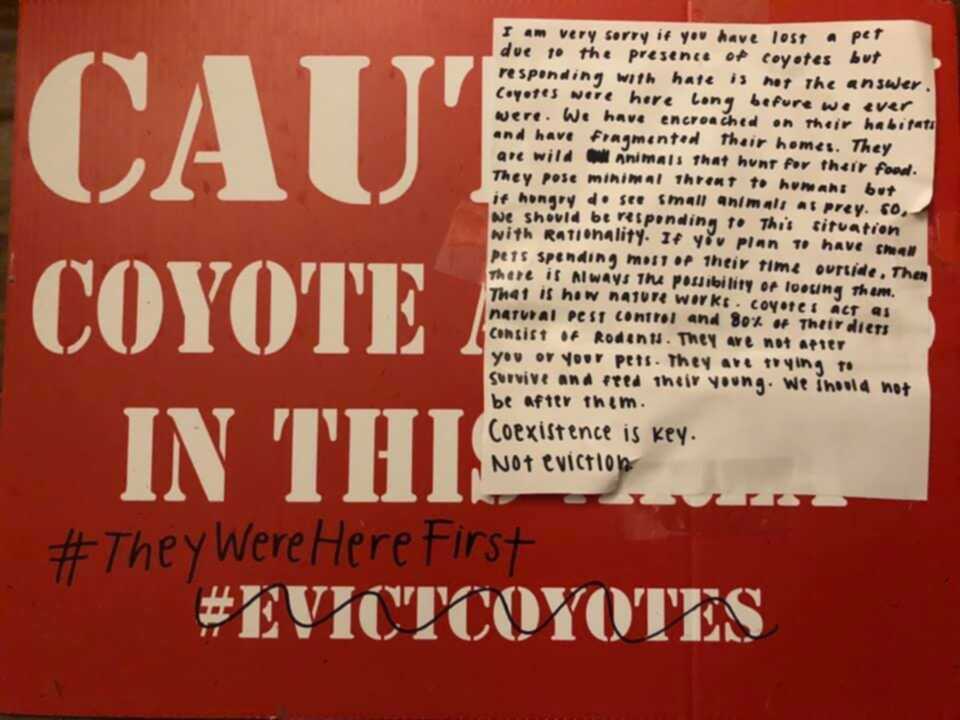 Coyotes (Canis latrans) exist throughout North America and increasingly thrive in dense urban spaces; they also cause controversies when they eat small pets or seem to pose a threat. Based on fieldwork in Los Angeles, and an archive of over 400 conversations collected from the online application Nextdoor (2015-2019), we theorize the emergence of what we call the cloud coyote. Cloud coyotes are not representations but active actors in coyote politics animated by discussion, debate, and a settler logic of property relations in places like Los Angeles. They do this by performing a threat and justifying a response that includes various attempts at extermination, containment, and assimilation, all of which—even supposedly humane alternatives—further sediment forms of settler colonialism in urban Los Angeles. We diagnose this process, show how it works and argue that decolonization–of both Los Angeles and its cloudy territories like Nextdoor, is needed to escape from perpetuating its violence.